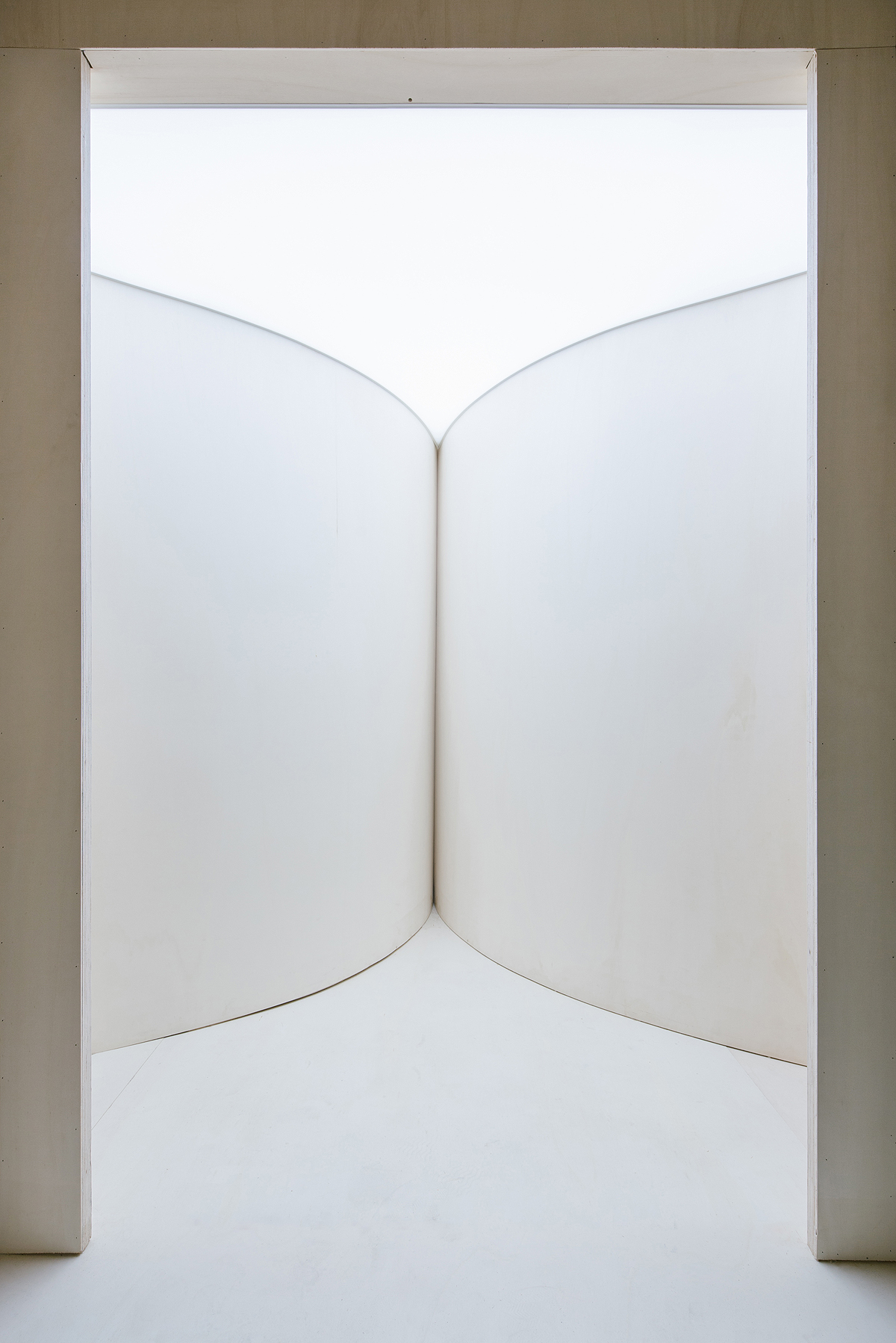 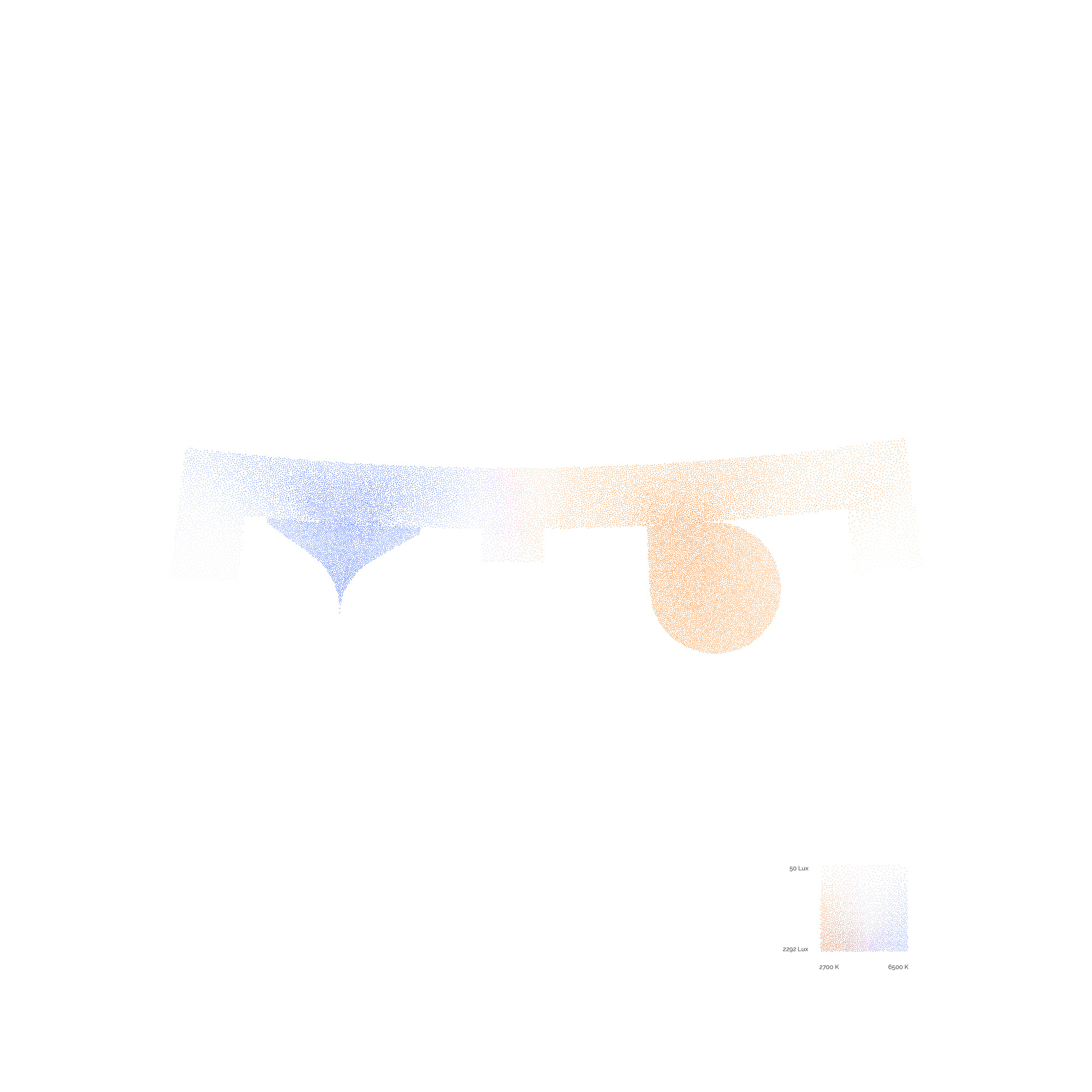 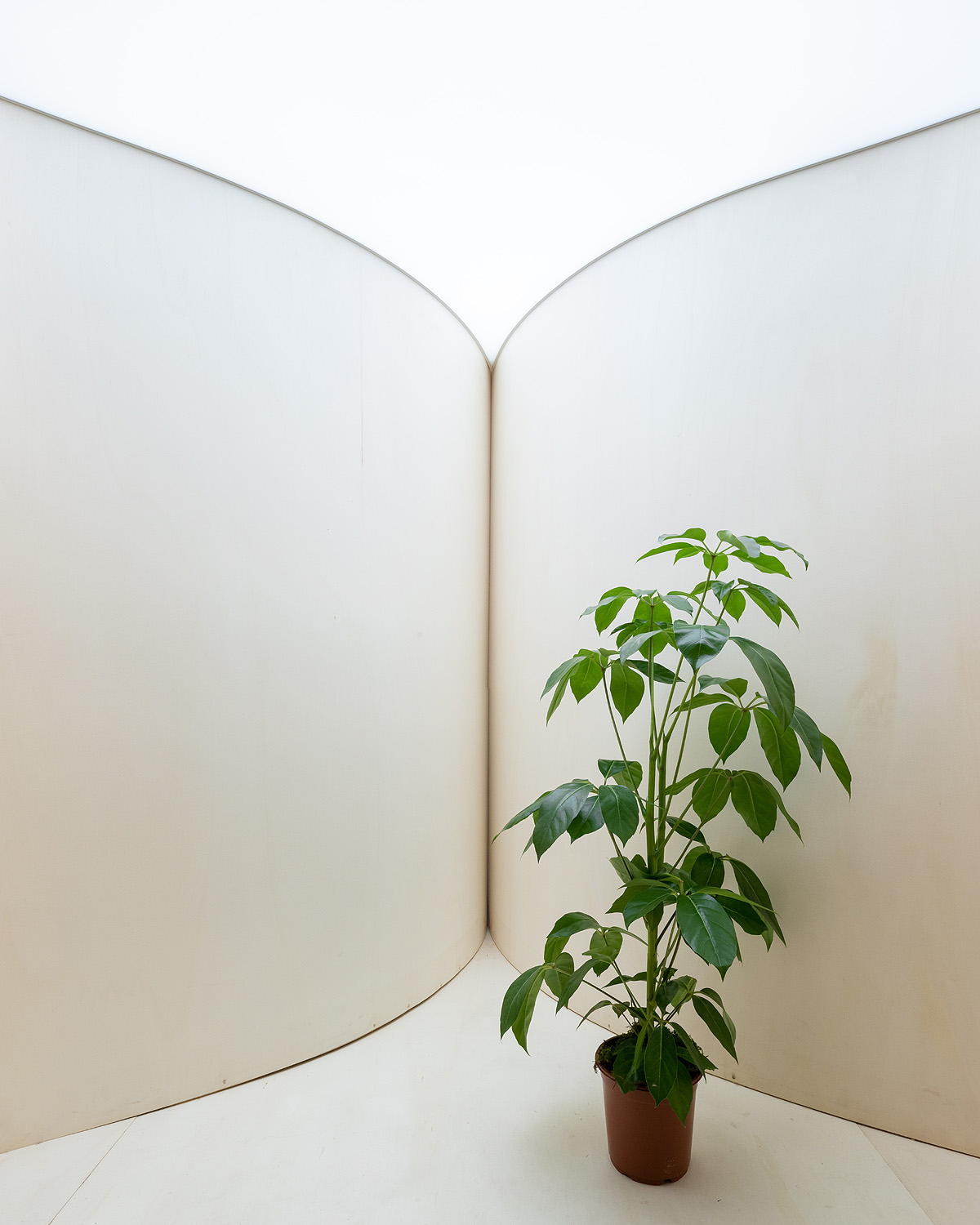 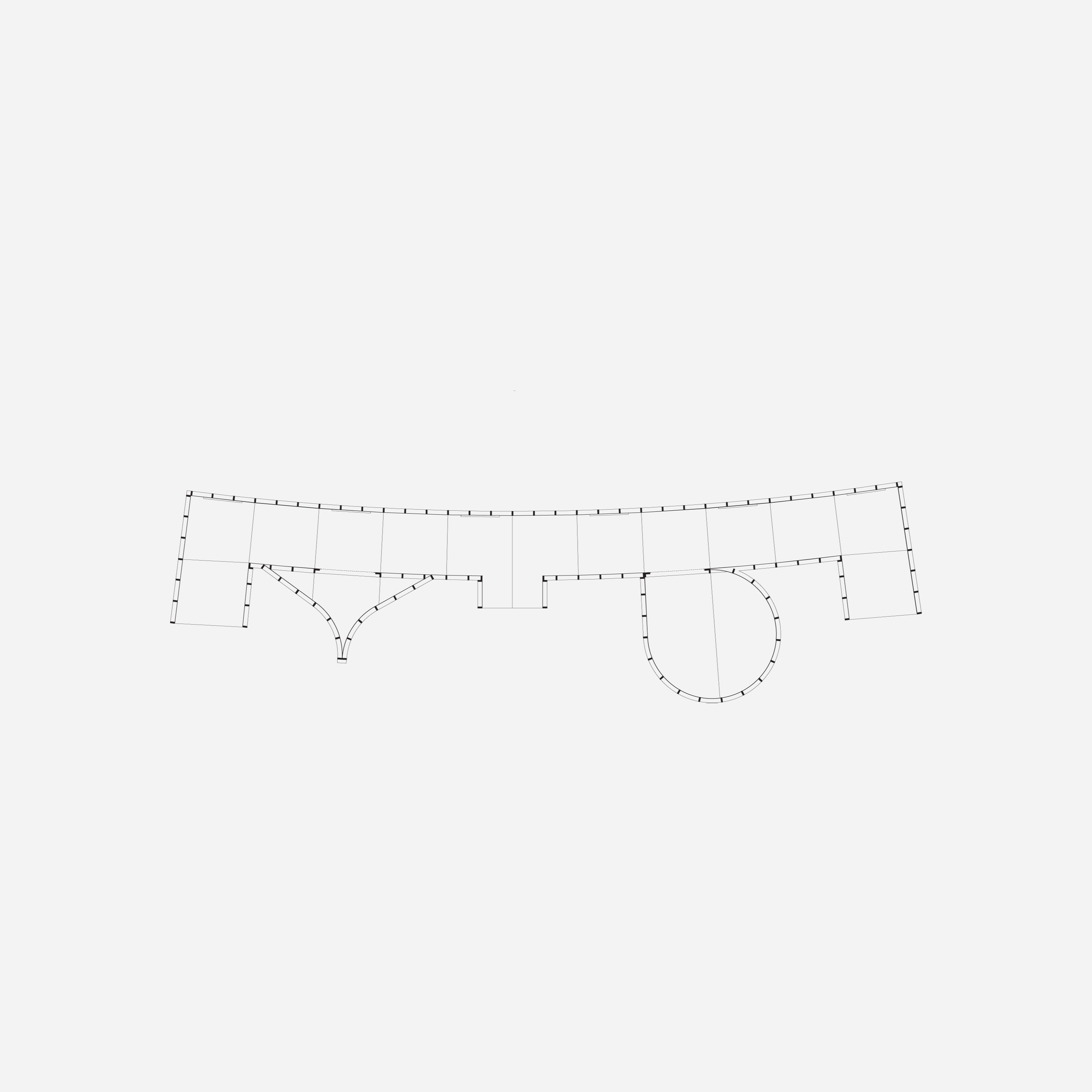 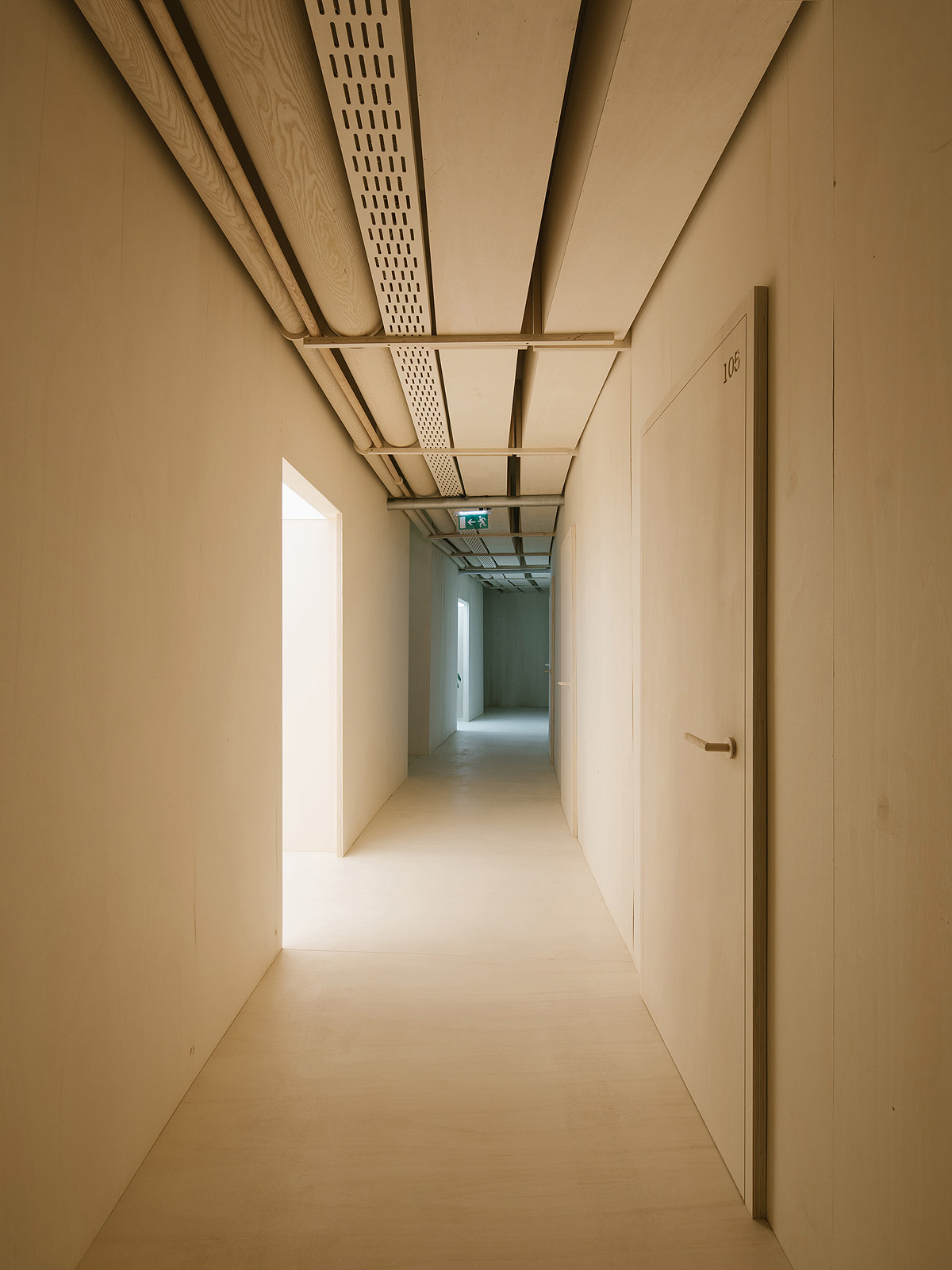 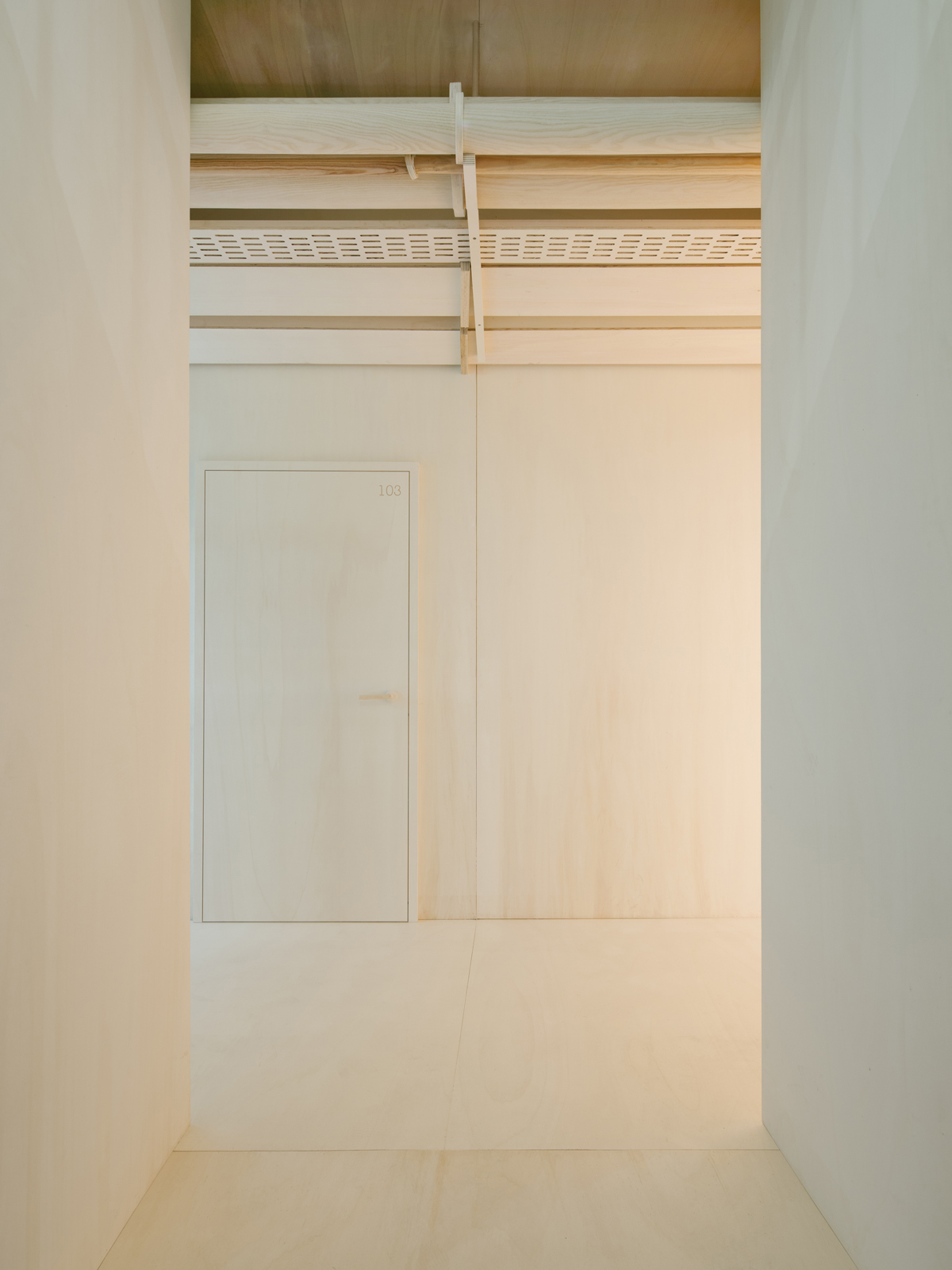 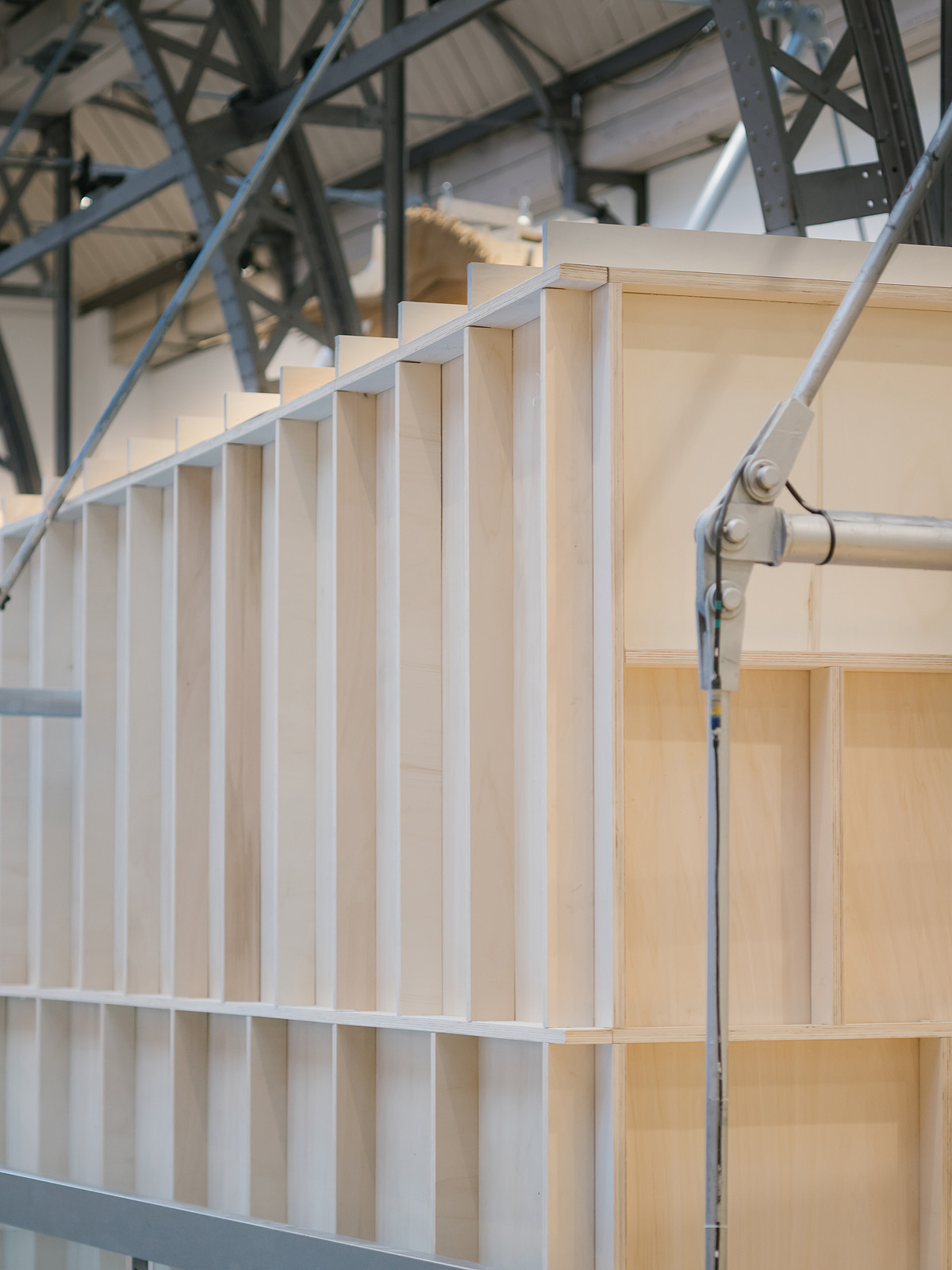 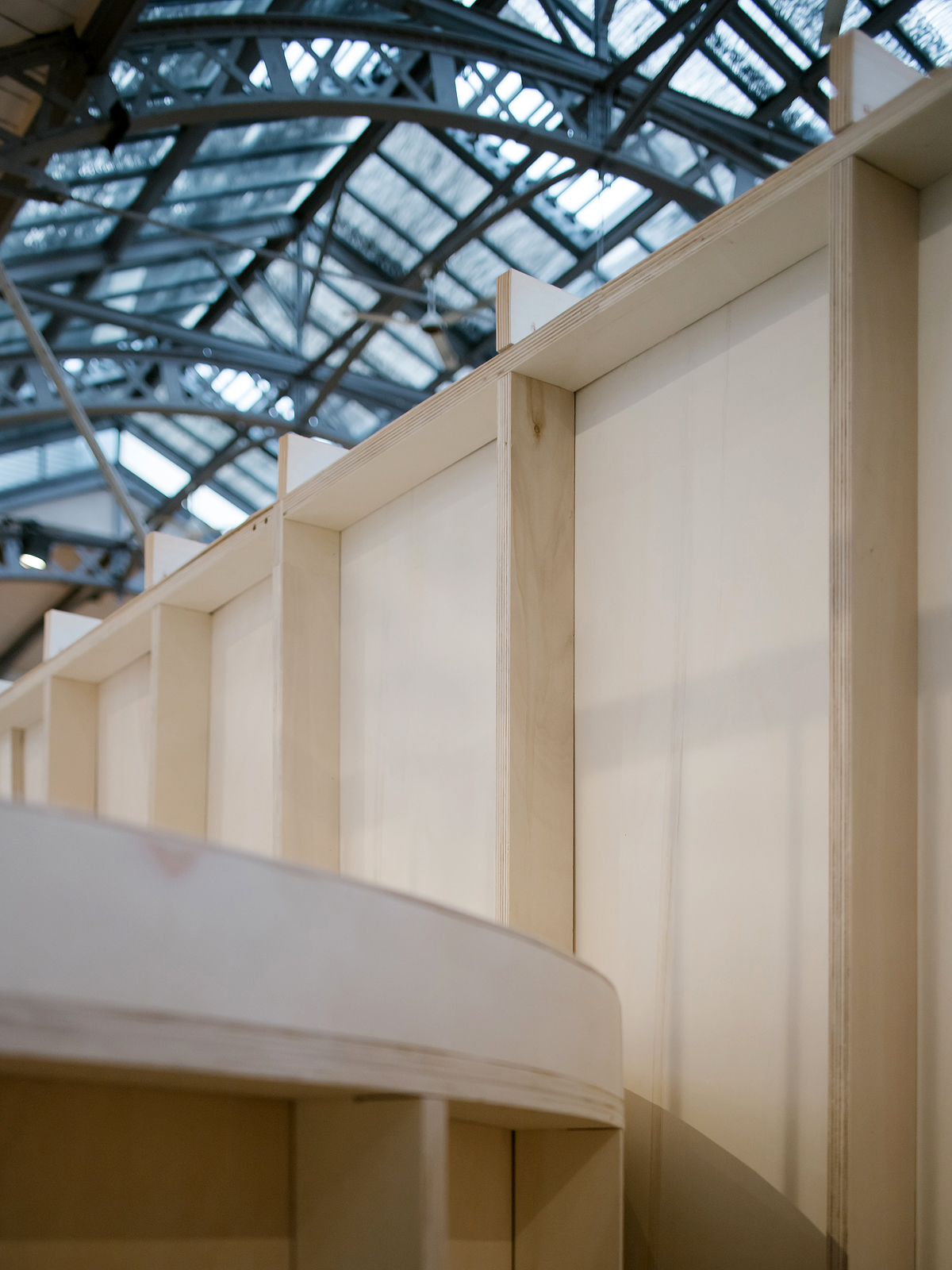 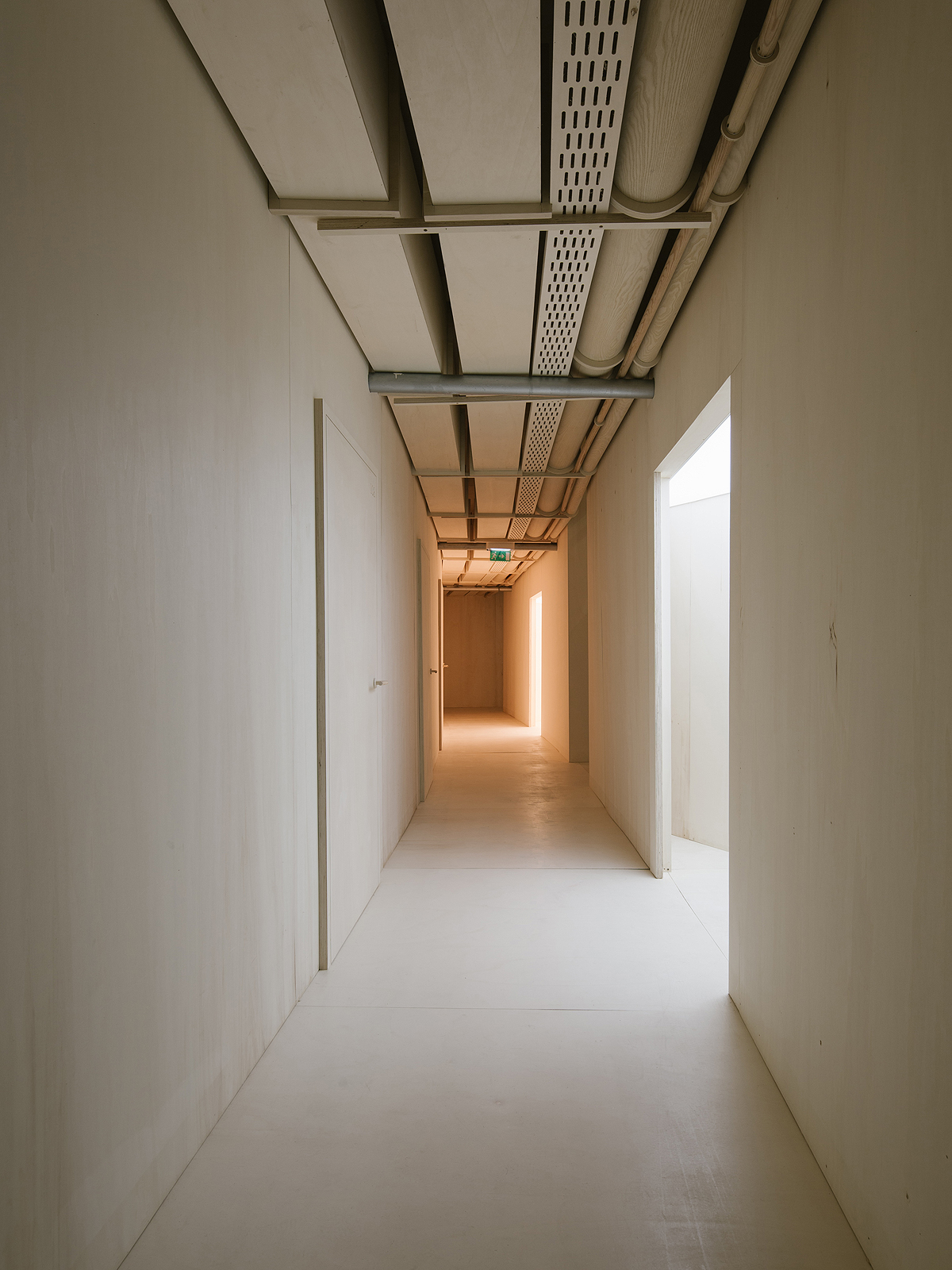 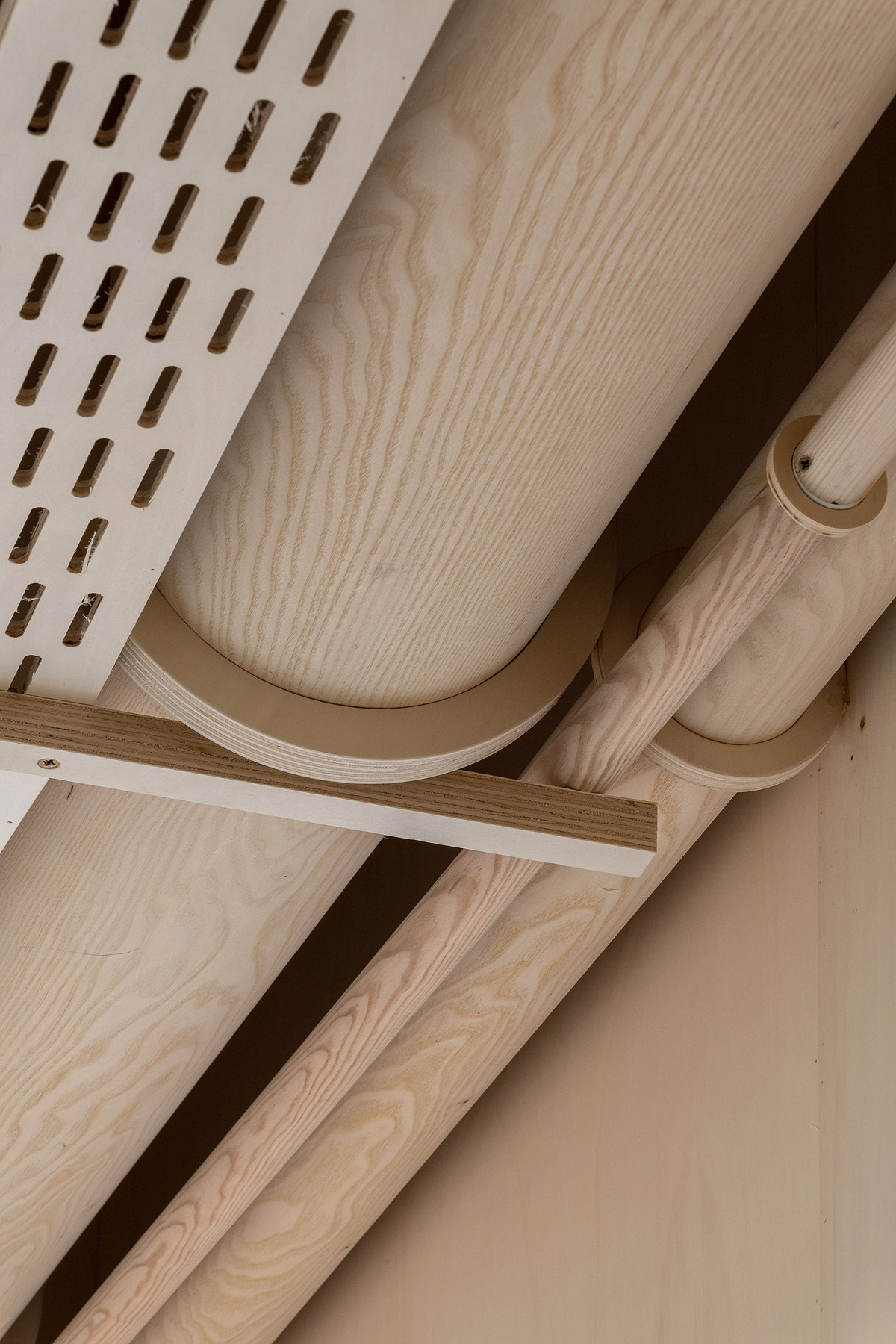 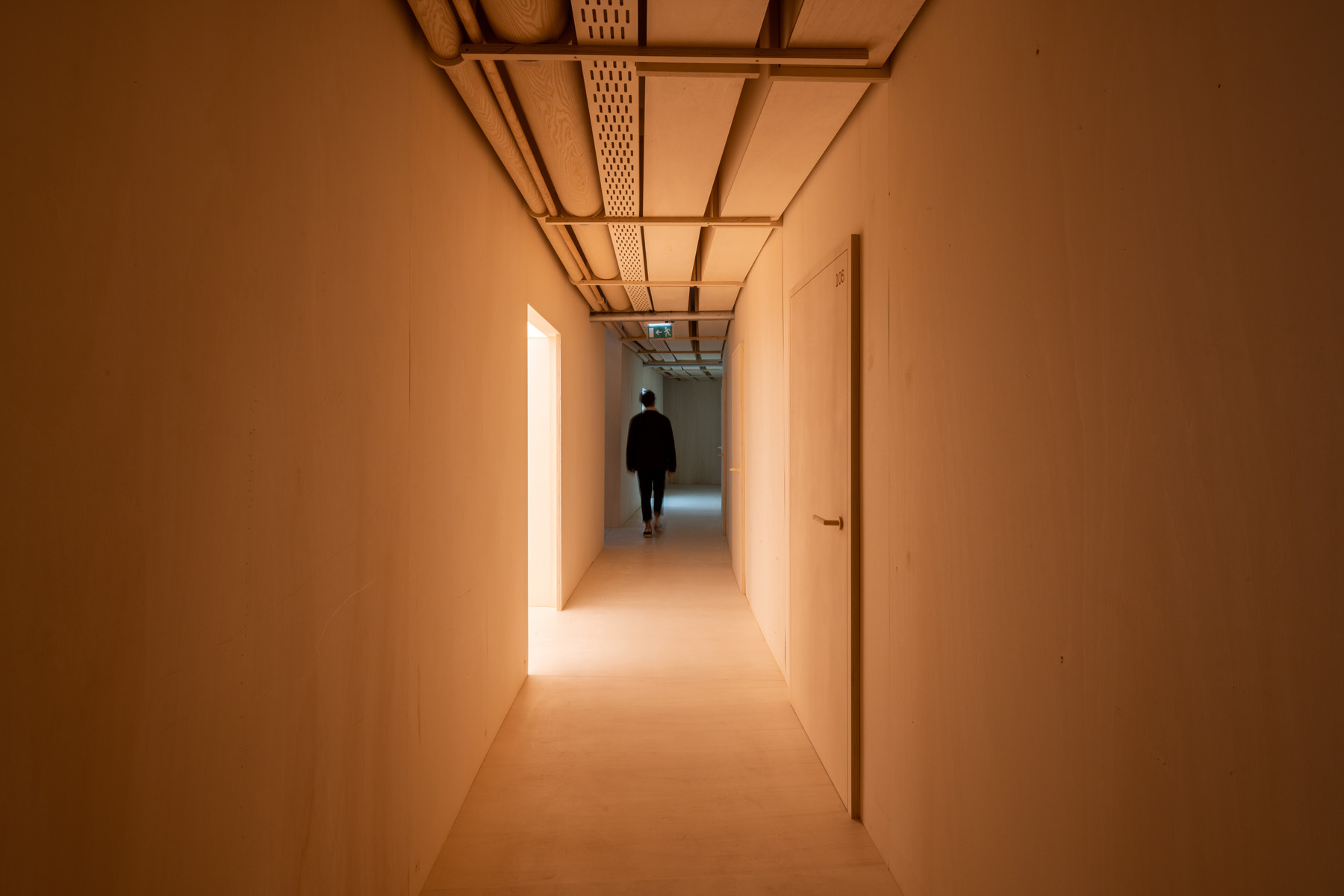 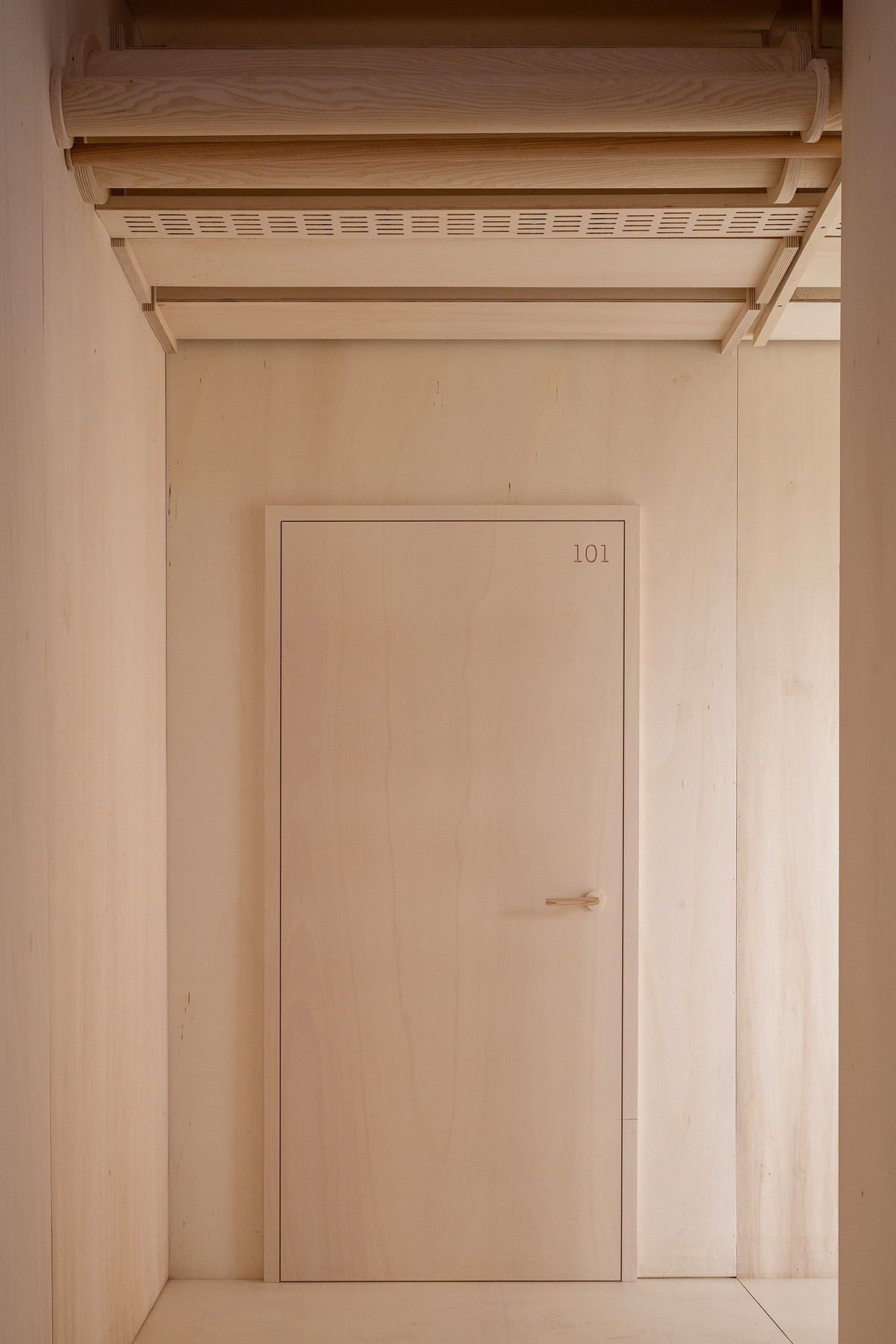 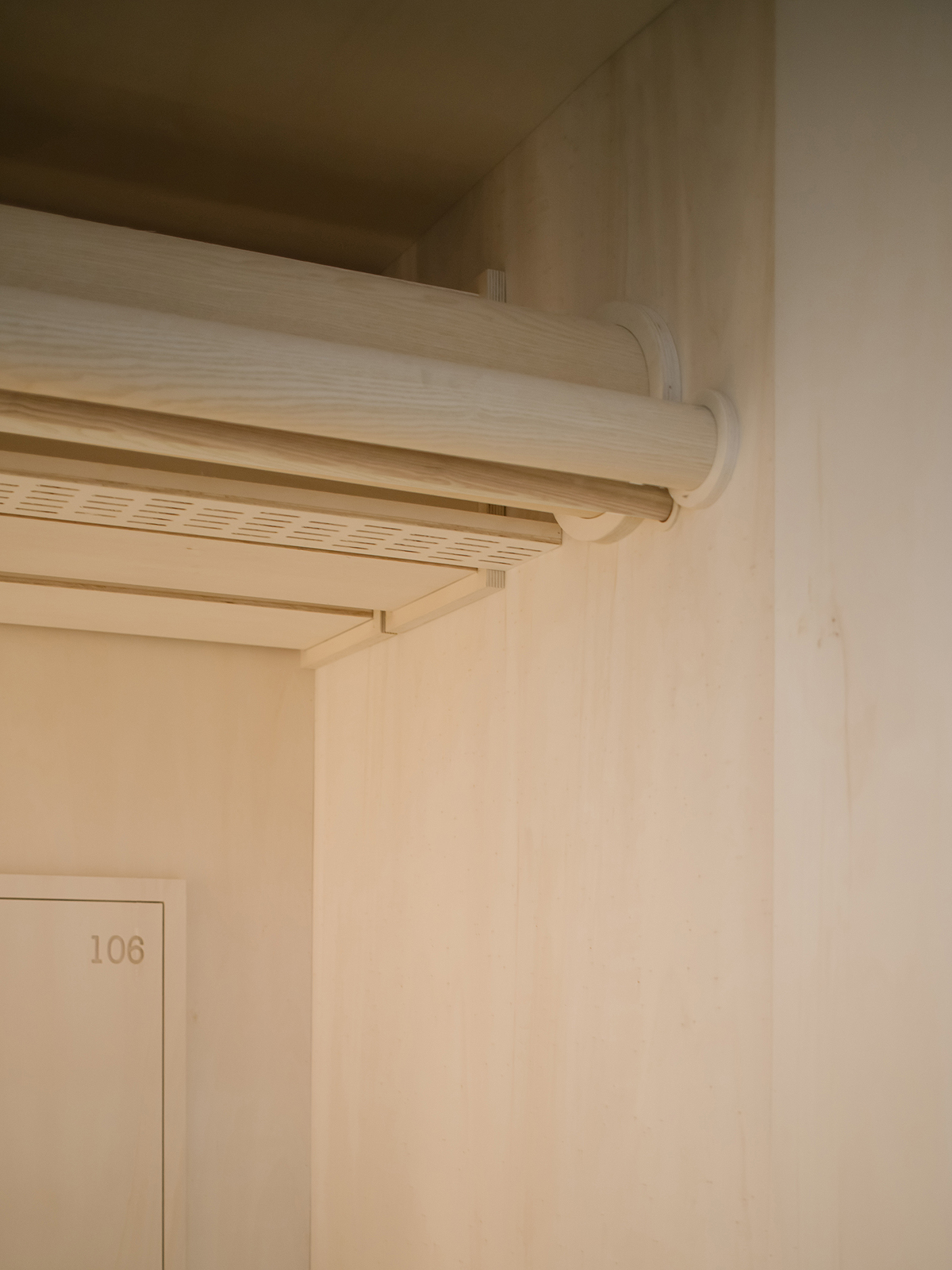 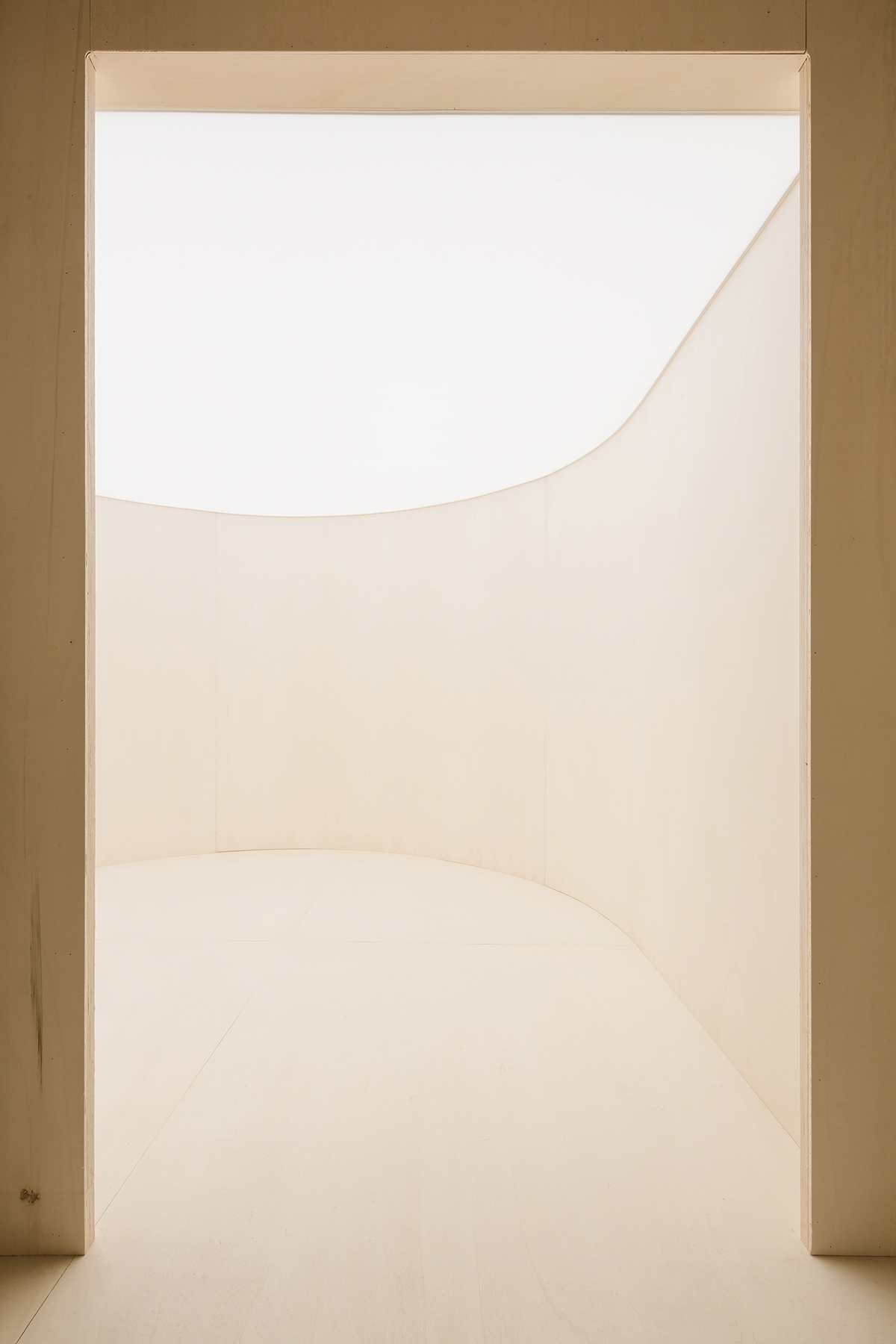 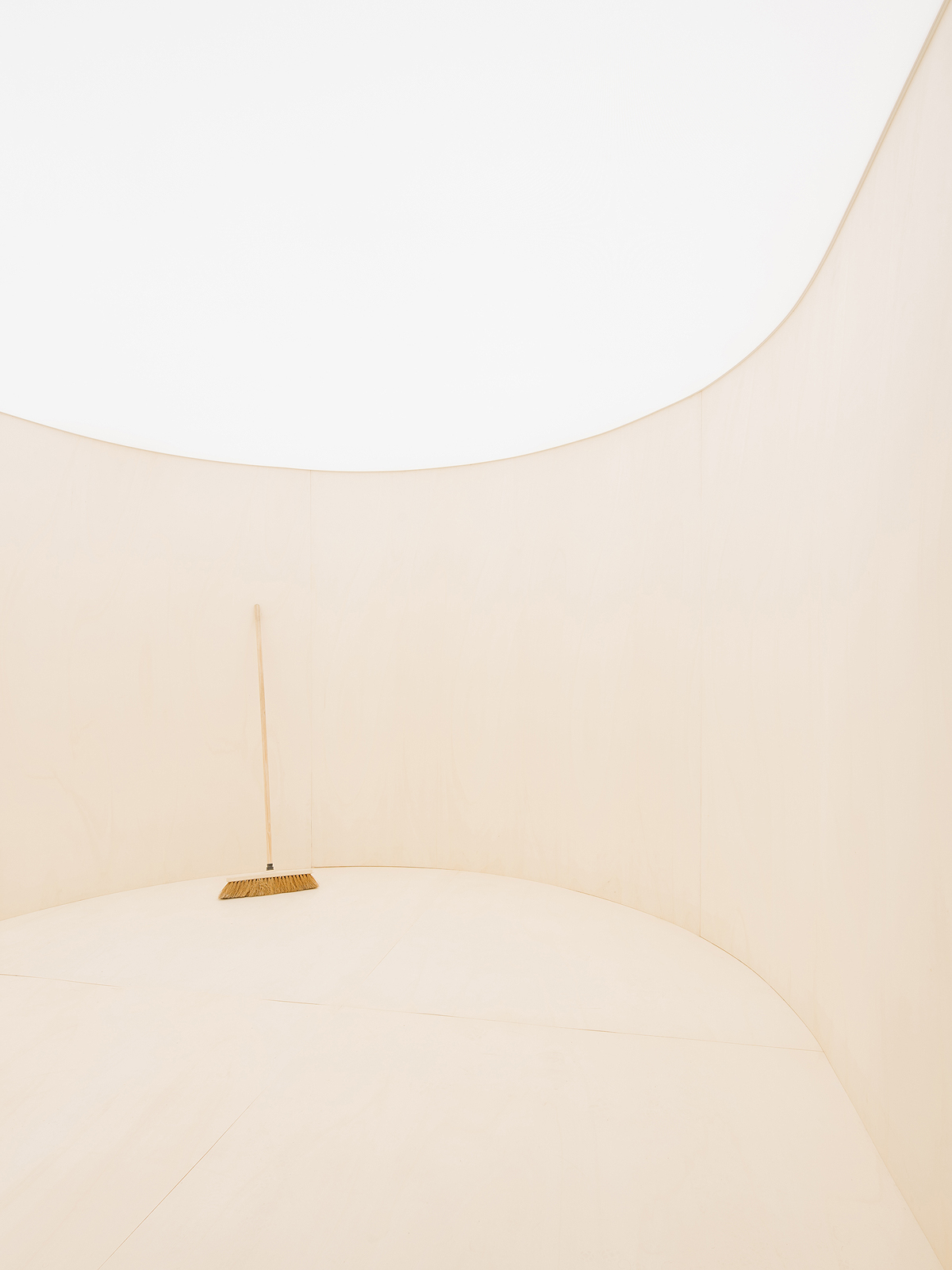 While exterior porousness and bioclimatic issues in general represent exciting challenges for hotels in the coming years, we must acknowledge the need to envisage these spaces as requiring artificial climates.
Based on this presumption, the hallway is considered as a dual mechanism, irrigating the rooms with its technical systems to guarantee proper climate control, while granting access to users at the same time. In this dual-flow system, the hallway is a vector, or rather, a journey, not a destination1.
Hotels have a dual environmental impact, mainly as consumers of energy and producers of CO2 equivalents, as well as an artificial space for circulation whose lighting and temperature influence our wellbeing. By focusing on the hallway as a space, the project responds literally to two necessarily linked environmental concerns: sustainability and health.
The first is addressed through the construction materials and processes: while accepting the need and visibility of a number of technical fluids networks in the hallways, we have sought a way to limit the carbon footprint of these conduits, most of which are made of metal. Therefore, to design and build almost all the elements present in the hallway space, we used wood, a renewable material with an excellent carbon footprint. We reconsidered all these components in terms of their structural and thermic properties to generate a new aesthetic based on the change in the anthropocene paradigm.
The second aspect is tied to lighting comfort in the hallways, which has traditionally been designed in linear meters. The usual lighting system involves including and replicating a lighting source within this standard meter measure, like an LED strip to be unfurled. But natural lighting, which we need, which guides us in our movements and punctuates our circadian rhythms, is always much richer. It is directional, omnipresent, varying in its intensity and temperature. It is by nature environmental and geographical. Therefore, we have proposed replacing duplication and repetition with polarized lighting environments. Along the hallway, two overly lit alcoves with a variable spectral distribution ranging from 2700 K to 6500 K render some spaces very well lit and others, slightly darker. This variation in light dispels the usual bleary uniformity and anonymity of traditional lighting mechanisms. From cooler to warmer, it allows for a true diversity of uses, and it forms a genuine interior landscape. Wherever people go within the hotel, they will orient themselves as if guided by the sun, the moon, or the stars.

1 “To travel hopefully is a better thing than to arrive.” Robert Louis Stevenson, Virginibus Puerisque, 1881.